These are the best pink blush ruffle shower curtains for those that want a soft and pretty look for their bathroom decor.

I’ve always enjoyed and prided myself on having a bathroom that I’m eager for guests to use. I can put in very little effort to have a big impact.

No matter the size of the bathroom, simple and inexpensive touches that a shower curtain can make can transform your bathroom.

When researching, I discovered that there are different types of ruffles (really, I thought there was only one – LOL), so I’ve chosen to show you the different styles available.

I do recommend using a liner with it so that you don’t have to wash it as often.

Each selection had to have a minimum of 4 star reviews.

Each had to have over 500 reviews.
I made an exception with one, as it was a vertical ruffle instead of horizontal. I had never even thought of the ruffles going up and down – so I added it in as you may not have thought of that either. 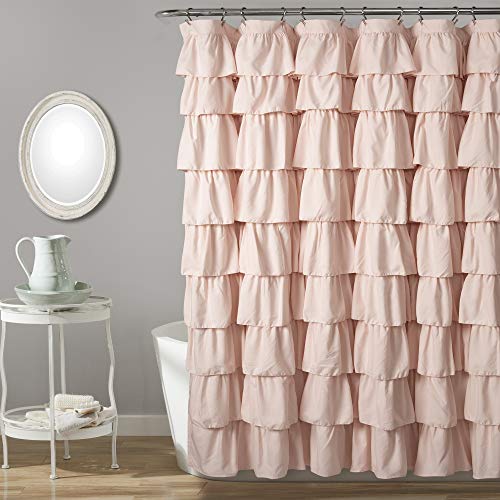 This is the traditional ruffle style that I was thinking of when doing my research.

It is fabric and can be machine washed and hung back up to dry – though they do suggest sending it to the dry cleaner (not me!!).

It has six big ruffles across the top with nine rows.  You don’t see any of the seams. 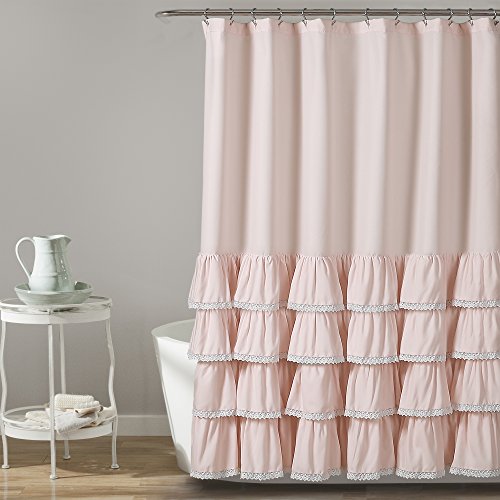 This one has four rows of ruffles on the bottom half of the curtain.  The top has no decoration.

All of the ruffles are trimmed with white laces which ads a dainty touch.

Many would call this the shabby chic look but whatever the description, it gives a nice feminine touch to any bathroom.

Although it is fabric, because of the lace it is highly recommended that you dry clean the shower curtain.  Use a plastic liner to keep your shower curtain clean! 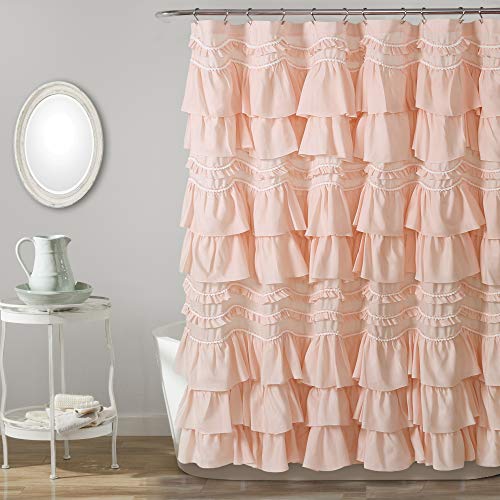 This one has ruffles upon ruffles!!

And if you look closely, it also has small white pom poms as accents.

If you are looking for a vintage look, shabby chic, farm house or lots of frills, then this is the one for you!

Due to all the detail, dry cleaning is highly recommended. 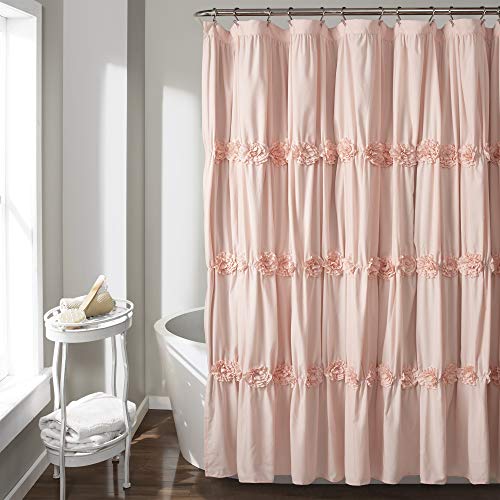 With thousands of positive ratings, the ruffles formed on this shower curtain is due to the gathering of the ruffled flowers on the curtain.

When fully closed, there is little ripple effect except for those on the flowers.

Sadly, you cannot throw this in the washing machine, it has to be dry cleaned. 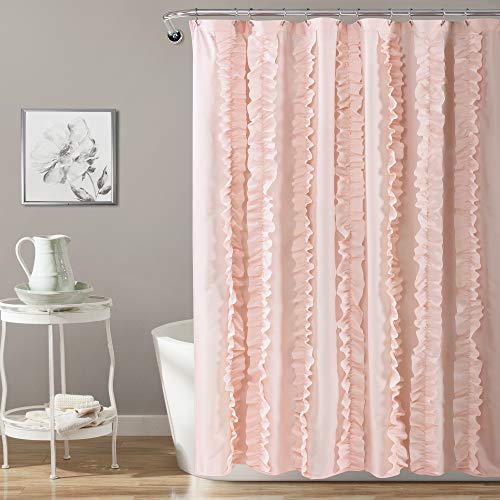 Blush Pink Vertical Ruffles (Up and Down)

This technically is not ruffles, but the pinching does give it that sort of effect AND, it does have thousands of positive reviews, so I wanted to give it to you as an option. 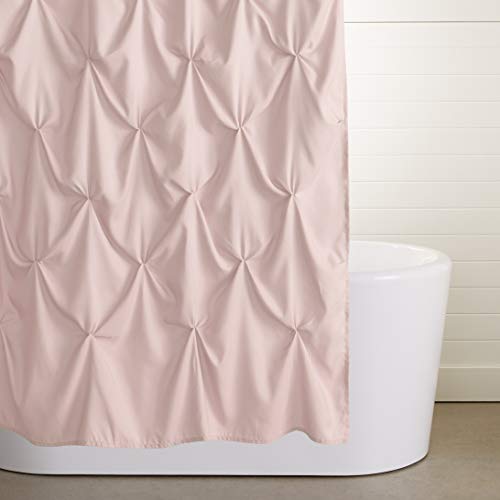 Affiliate Disclosure This site is a participant in the Amazon Services LLC Associates Program, an affiliate advertising program designed to provide a means for sites to earn advertising fees by advertising and linking to Amazon.